The Alarming Effects of Measles 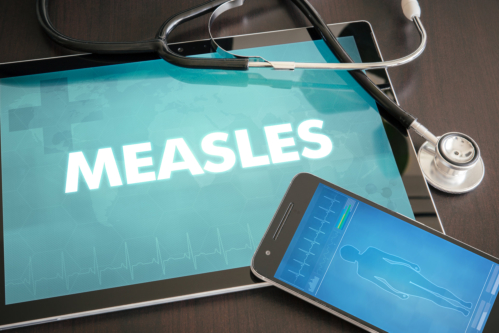 Measles, scientifically known as, rubeola, is a viral infection that begins in the respiratory system and spreads throughout the body resulting in small, red bumpy rashes. It is a highly contagious disease in which children under the age of 5 are greatly affected. It is passed through the air or through personal contact. An independent pharmacy in Virginia reported that this viral infection caused many deaths worldwide before and up until now.

On the other hand, it is difficult to conclude that one can possibly have measles. According to the World Health Organization, the first sign of measles is usually a high fever, which begins about 10 to 12 days after exposure to the virus, and lasts 4 to 7 days. A runny nose, a cough, red and watery eyes, and small white spots inside the cheeks can develop in the initial stage. After several days, a rash erupts, usually on the face and upper neck. Over about 3 days, the rash spreads, eventually reaching the hands and feet. The rash lasts for 5 to 6 days and then fades. On average, the rash occurs 14 days after exposure to the virus (within a range of 7 to 18 days). In which, a drugstore in Martinsville, Virginia has generally advised the public to rush their loved ones to the hospital if symptoms persist as mentioned above.

There is no cure for measles, but one can prevent it through vaccination. Many people are at risk if left unvaccinated. If not properly managed or prevented, this disease can cause other severe illnesses such as brain diseases. It is better to be prepared-vaccines and other medical supplies are available everywhere.

For more questions about measles, feel free to come by in Cavalier Pharmacare.

Pharmacy Items to Help with Incontinence

Why You Need to Complete Your Antibiotic Course

Natural Ways to Boost Your Immunity